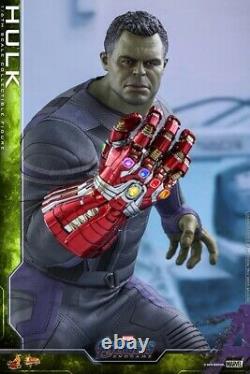 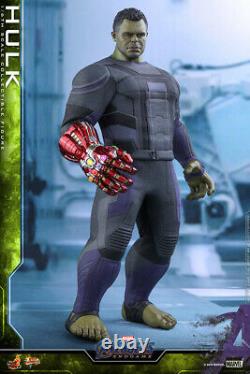 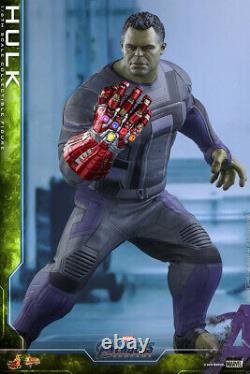 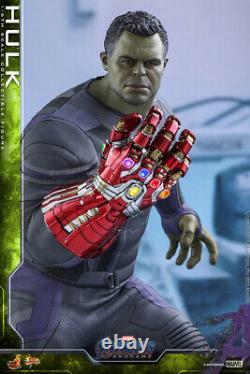 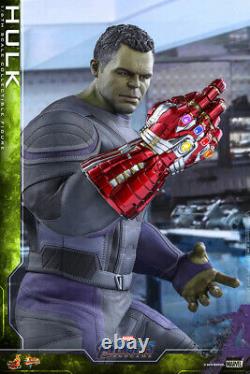 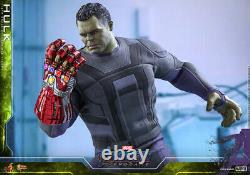 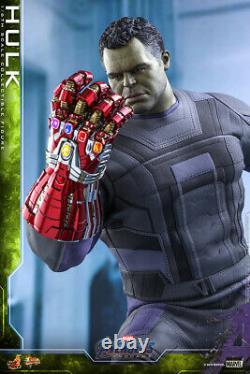 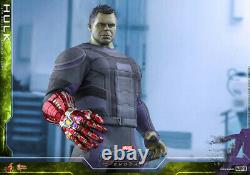 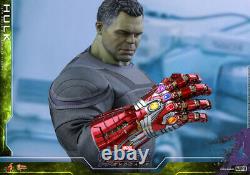 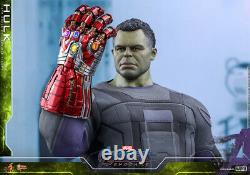 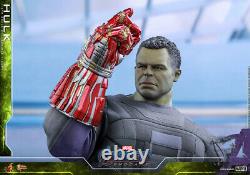 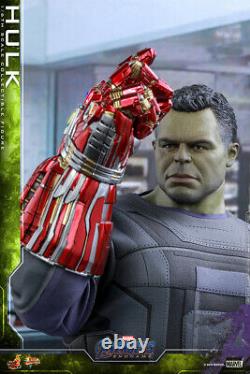 Also, if you need to know the cost beforehand, please message me. Thank you for visiting my store. I sale a lot of Japanese items. Please check my store listings as well! I use machine translation, so there is some mistakes.

If you can not understand, please feel free to ask me. Release Date:2021/06/30 Size:Height about 40cm Set Contents: Body, Replacement forearm parts (nano gauntlet), replacement hand parts (nano gauntlet x 2), nano gauntlet parts, tablet, eyeglasses, replacement hand parts (x 2), special pedestal Marvel's blockbuster action movie "Avengers: Endgame" is lined up in the "Movie Masterpiece" series of Hot Toys! Bruce Banner, a genius scientist who transforms into a ferocious monster Hulk when he feels extreme excitement and anger. While traveling in a distant universe, he was attacked by Thanos, and the shock of complete defeat pulled the Hulk's personality deeply, and he disappeared in the subsequent battles at all. After Thanos halves the entire life of the universe, Banner stays in his lab and succeeds in integrating Hulk's muscles with Banner's genius brain.

With extraordinary intelligence, strength, and gamma-ray resistance, he wore the nano gauntlets he had developed and played a major role in restoring the world, despite being dying and seriously injured. The Hulk that appears in "Avengers: Endgame" is three-dimensionalized as a figure with a total height of about 40 cm and more than 20 movable parts. The newly developed head with an unprecedentedly intelligent look is hand-painted one by one to reproduce the texture of green skin, wrinkles, and hair mixed with gray hair. The gray and purple costumes that cover the whole body are particular about the texture and details, and the details are elaborately finished.

Although it has become slightly slender due to the fusion with the Bruce Banner, it has adopted a newly developed body in order to improve the reproducibility of the massive body. As accessories, a tablet and glasses are included. In addition, it is a nice point to have a replacement forearm part that can reproduce the nano gauntlet worn by Hulk and two types of replacement hand parts! The first hand part is movable up to the finger, and the second is a snapped finger.

Infinity Stone has an LED light-up function. Also, if you combine the attached parts, you can reproduce the scene while wearing the nano gauntlet. By using a variety of replacement hand parts together, you can reproduce various situations in the play. The attached pedestal is a special specification designed with a movie logo and so on.

We do not mark merchandise values below value or mark items as "gifts" - US and International government regulations prohibit such behavior. This item is in the category "Toys & Hobbies\Action Figures & Accessories\Action Figures". The seller is "moto_hobby_jp" and is located in this country: JP. This item can be shipped to United States, all countries in Europe, all countries in continental Asia, Canada, Mexico, Brazil, Australia.