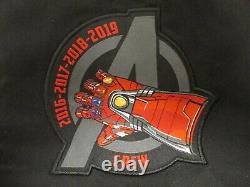 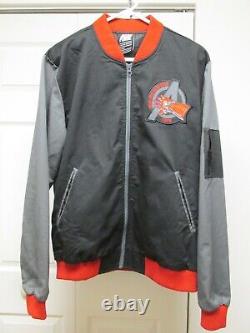 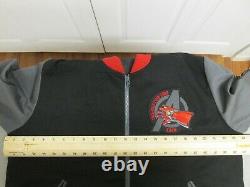 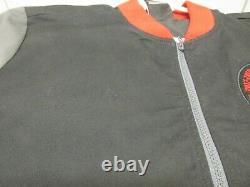 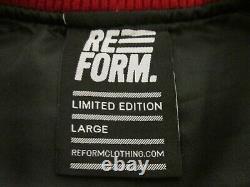 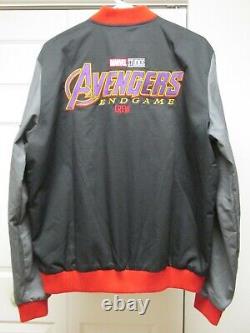 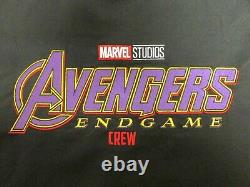 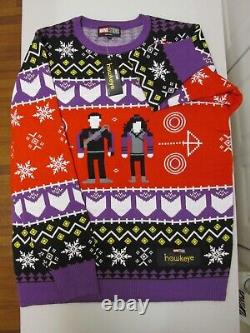 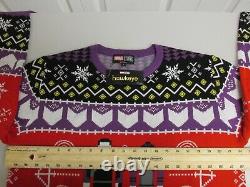 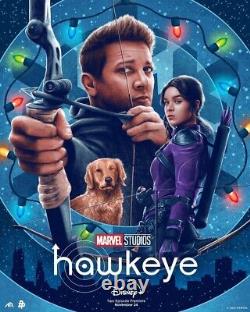 FOR A LIMITED TIME "ONLY" RECEIVE A NEW WITH TAG MARVEL STUDIOS DISNEY PLUS HAWKEYE TV SHOW PROMO CHRISTMAS SWEATER WITH YOUR ORDER FOR... This awesome sweater is tagged LARGE but was made over-sized and is stretchy...

And matches the colors of the Avengers film crew jacket perfectly making for a stylish holiday ensemble. You know what to do. Before I snap my fingers and make it disappear!!! - Thanos You will receive a beyond this multiverse rare AVENGERS ENDGAME CAST AND FILM CREW IRON MAN NANO GAUNTLET JACKET!!!! This jacket has gorgeous embroidery galore...

Including a patch with the now legendary Iron Man Infinity Nano Gauntlet... And "ALL" the years this immense project was in production.

(See armpit to armpit measurement to compare) If you collect everything IRON MAN you will love this 3000. A film crew member from MARVEL STUDIOS in Georgia wanted this particular crew gift in a different size and had their name removed from the front of this one (As can be seen up close in the 4th photo)... And this one remained "UNWORN" in storage in the Costume Dept. Now my original plan was to embroider Tony Stark's name on it and put it in my display case...

Or even put my name on it This is very inexpensive to have done and their are many tailors and embroidery companies that can do this. Just Google one in your area. But now I have decided to give another super fan an opportunity to either put their own name on it... Or simply just wear as is.

If there are any other questions about this collectible please ask them... This is the ultimate iconic AVENGERS film crew collectible to own... From the highest grossing superhero movie ever made!!! This is a collectible that is sure to only increase in future value... Since very few film crew and cast members were able to receive it as a gift.

As you know it will be awhile before we see an assembly of MARVEL heroes of this magnitude again... Since we must wait for the new FANTASTIC FOUR and X-MEN reboots.

But for now you will have the rarest AVENGERS film crew collectible ever made to wear and show off at all your upcoming comic convention events... Or when visiting Disney's Marvel Avengers Campus...

And eventually to all your Phase 4/5/6 and beyond multi-verse theater screenings like the upcoming AVENGERS: THE KANG DYNASTY and AVENGERS: SECRET WARS after that!!! Don't let this rare opportunity pass you by. ASSEMBLE THE BEST AVENGERS FILM CREW COLLECTION IN THE MULTIVERSE... Please view my other items.

This item is in the category "Entertainment Memorabilia\Movie Memorabilia\Merchandise & Promotional\Apparel\Jackets". The seller is "felixtheforce" and is located in this country: US. This item can be shipped to United States.